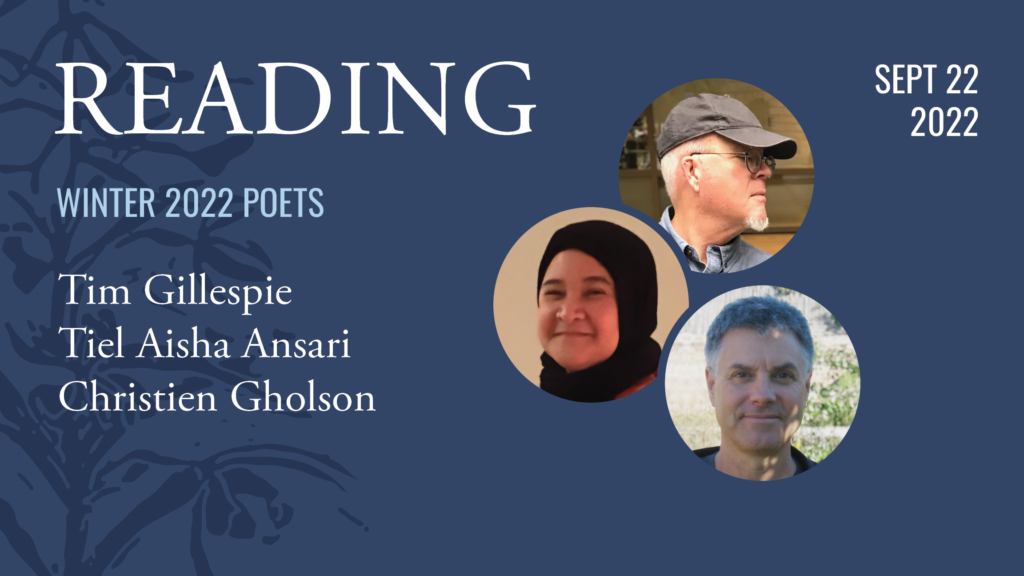 Tim Gillespie is a veteran of almost 40 years of public school teaching in the Portland area and the co-founder of the annual Oregon Writing Festival for young writers. Recent poems have been published in Windfall, Timberline Review, Pasager, Rise-Up Review, The Poeming Pigeon, and other places. His recent collection Old Stories, Some Not True was published by MoonPath Press.

Sufi warrior poet Tiel Aisha Ansari has been featured by Measure, Windfall, and Everyman’s Library. Her collections include Knocking from Inside, High-Voltage Lines, Country Well-Known as an Old Nightmare’s Stable, The Day of My First Driving Lesson, and Dervish Lions. She hosts Wider Window Poetry on KBOO Community Radio.

Christien Gholson is the author of several books of poetry, including The No One Poems (Thirty West Publishing); On the Side of the Crow (Hanging Loose Press); and All the Beautiful Dead (Bitter Oleander Press); along with a novel: A Fish Trapped Inside the Wind (Parthian Books). A long eco-catastrophe-ceremony poem, Tidal Flats, can be found online at Mudlark. His work has appeared in Ecotone, Permafrost, Another Chicago Magazine, Banyan Review, The Shore, Hotel Amerika, and The Sun, among many others. He lives in Eugene, Oregon. He can be found at: http://christiengholson.blogspot.com/ 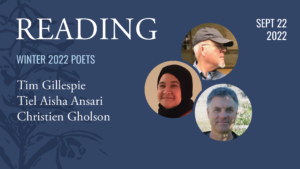 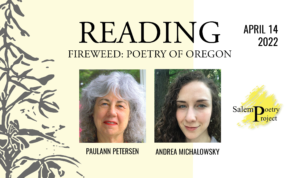 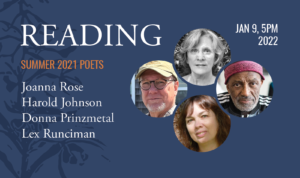